Since 1989, CPTV has been one of the most diversified production companies in the Washington DC Metropolitan area. Tourism, government, association, marketing, audio visual rental and educational projects have played a vital part to the success of CPTV. Our company has been providing professional broadcast services to major networks for over 25 years. CPTV is credentialed through the US Senate, The White House, and House of Representatives and NATV. 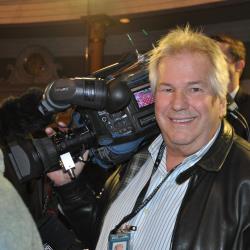 I was educated and resided in Europe for 18 years.  I attended the University of Maryland, European Campus, and  entered the US Air Force. Then upon military discharge I entered into the television broadcasting industry.  In 1989, Capitol Productions Television, Inc (CPTV)., was created in Leesburg, Virginia at Morven Park. I am a current Member of the White House Correspondents Association, US Senate and House of Representatives Media Gallery, Member of the Washington DC NABET-AFL-CIO,  the Advisory Council, Board, of Virginia Tech's School of Veterinary Medicine (Marion duPont Scott Equine Medical Center-Leesburg).  I am also the Marketing Director of the International Society of Equine Locomotor Pathology (ISELP)-The Plains, Virginia.  Additionally, the current White House Bureau Chief for Native American Television (NATV). 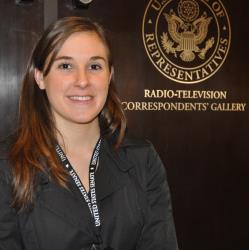 I was raised on Long Island New York and after graduating from The State University of New York at Fredonia, with a degree in Communications: TV/Digital Film Production, I moved to Loudoun to search for a job in the DC area. I was fortunate enough to join Capitol Productions TV and I have had so much fun ever since. Our clients are so diverse that every day is differnet and I really enjoy working at The White House doing news coverage one day, and shooting a marketing piece for a non-profit the next. We have worked with such a diverse group of people from Colleges & Universities, Corporations, Government Contractors, Non-Profits, and met so many wonderful people along the way. I reallly enjoy working in the Event Planning, Digital Marketing space as well as the Production and Post Production side as well.  I am a member of the US Senate Radio TV Correspondents' Assocaition as well as WILMAH.